Today we’re announcing a brand-new range of hardware appliances for Sophos Firewall OS, the XGS Series. This is not just a technology refresh; our firewall appliances have been completely reengineered and now come with a dual processor architecture to deliver a significant performance increase over previous models. 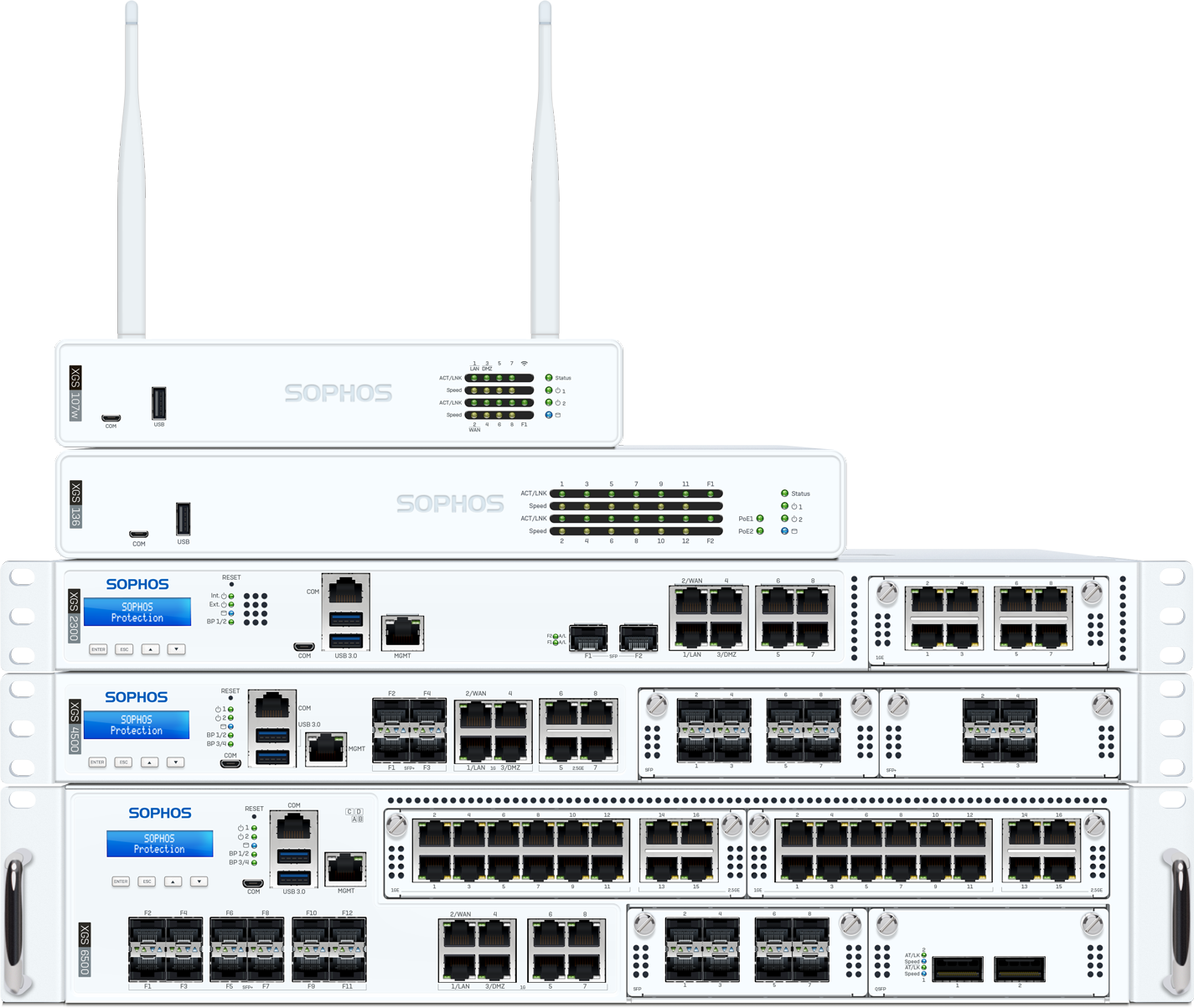 Flexible to the core

One benefit of the hardware platform that we’ve chosen, is that our Xstream Flow Processors are programmable. This allows us to extend the offload capabilities in future software releases, providing additional performance improvements, even for things like crypto processes. This, combined with the ability to modify and extend connectivity on every appliance, delivers a truly future-proof solution which can adapt as the network, workforce and security infrastructure evolves.

The increase in performance varies by model and test but you’re likely to see at least a 2X performance increase over v18 running on XG Series hardware and numbers to meet or beat our key competitors on the all-important Price per Protected Mbps. The additional performance headroom allows customers to turn on essential protection, such as TLS Inspection, with the confidence that they’re removing a huge blind spot in their network visibility – which hackers are increasingly exploiting – whilst maintaining their network performance.

The new appliances come with the latest v18.5 software release which not only provides support for the new hardware, but also includes all the 18.x maintenance releases since the v18 release with extensive security hardening features, VPN and SD-WAN enhancements, Central Management and Reporting capabilities, and many more improvements.

Note: 18.5 for all non-XGS Series customers is currently expected to be available in the June/July timeframe.

The XGS Series model line-up is similar to what we offer with the XG Series:

As actual availability can vary by model and region, please reach out to your local Sophos or distribution team for further details.

Where to get more information

You can access all the updated resources for the Sophos Firewall and XGS Series launch, including a What’s New video, on the Partner Portal.

The web updates on sophos.com will be live in all core languages by 9am EDT/3pm CEST. The key pages for you to bookmark are sophos.com/firewall for the new main Sophos Firewall page and sophos.com/compare-xgs for the tech specs and details on the XGS Series.

A recording of the full launch SophSkills is available on the Partner Portal.

We wish you great success selling Sophos Firewall and the XGS Series and look forward to welcoming you to further webinars and events in the coming weeks.